View my featured
Game Projects Visit my profile on
LinkedIn 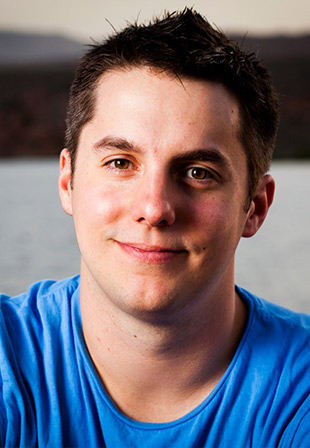 I became a game designer to fulfill a lifelong dream to build fun and engaging experiences using a combination of passion for games and innate creativity. Every game contains special moments that impact players with new situations or ideas—and a well-crafted design delivers that experience to make those moments in a player’s life memorable and enjoyable. I enjoy creating those experiences and delight when watching others go through them. In a more ancient time, I would have devoted myself to crafting things to improve people’s everyday lives.

During early childhood I created scenarios, stories, and games to play with siblings and friends. Eventually, the creative skills utilized while young developed further and allowed experience design through UI/UX design—now cultivated for nearly twenty years. As graduate school’s final year approached, I accepted a post teaching UI/UX design at a local college.

While a mentor and a guide to hundreds of young minds, I expanded my abilities in leading groups and effective communication. However, the greatest career success story to date arrived immediately after graduating, when a AAA game company hired me as a game designer to start right away.

When completing both BS and MFA degrees, the opportunity to explore areas of design and the liberal arts allowed the expansion of knowledge and love of learning. As well as while professionally practicing UX, visual, and game design (as an instructor of design and a design team collaborator), I’ve gained insight on the components of what makes design great and what it takes to create a successful product. Utilizing strong visual communication skills and creative thinking allowed work with cross-disciplinary teams to proceed smoothly.

As a game designer and a UX designer, my commanding perspective on the components of experience design has maintained the passion in creating those moments for others.

500 years ago, human settlers built a temple in the Crystal Desert in an attempt to unlock the secrets of ascension, but it was lost to the ages. Now recently rediscovered, the Temple of the Crystal Sands reveals the secrets of a fallen civilization and the weapons they created to protect their temple to the human gods. With the support of the major orders, a party of players will face the first nonlinear dungeon in Guild Wars 2. This layering experience delves deep into the history and mysteries of a people lost to the crystal sands of time.

I created Temple of the Crystal Sands as the capstone project for my graduate degree. I challenged myself to create content for an existing IP while taking a new twist on an already established content type in the game. My goal was to create a dungeon environment that evolved as the players completed the challenges so they could experience the impact they make on the play space.

Selections from projects through game development career.
(June 2015 – May 2016)

Synopsis: Guild Wars 2: Heart of Thorns is the first expansion pack for Guild Wars 2, a massively multiplayer online role-playing game developed by ArenaNet and published by NCSOFT. It was released for Microsoft Windows on October 23, 2015. [Wikipedia]

Brew of the Month Club

Brew of the Month Beers

Synopsis: Guild Wars 2 is a massively multiplayer online role-playing game developed by ArenaNet and published by NCSOFT. Set in the fantasy world of Tyria, the game follows the re-emergence of Destiny's Edge, a disbanded guild dedicated to fighting the Elder Dragons, a Lovecraftian species that has seized control of Tyria in the time since the original Guild Wars. [Wikipedia]

What is Guild Wars 2?

Synopsis: Mobile players explore the Dark Nebula while embarking on a mission to collect supplies gathered from Molecular Gates. The nebula is dark, and the only method of seeing is through a probe that gathers energy to guide the way. Players control the probe by dragging it up and down on their screen while the ship follows at a safe distance. The probe is indestructible, but the ship is not. Do you have what it takes to brave the dangers and complete your mission?

Into the Dark Nebula Trailer

Into the Dark Nebula

I Just Want to Sleep

Synopsis: Plight of the Water Deity is a 3D action game, in the style of God of War, focused on the journey of a female swordsman named Mina. With the intent of following a pilgrimage for her mother, Mina became conscripted into the water goddess’s service to defeat a new threat. This prototype focused on the level and content experience.

Summary: Through my education and personal interest I’ve developed skills and fortified talents in several areas across the arts. During both of my degrees I also spent a great deal of time studying the liberal arts including anthropology and philosophy. With nearly two decades of experience in visual design and over a year of teaching college courses, I’ve developed strong techniques utilizing visual communication to clearly deliver ideas and discussions with a cross-disciplinary team.

[contact-form-7 404 "Not Found"]
If you'd like to connect through email, please use .
Active Social Media: